It’s not difficult to be rubbish on Twitter, hack off your followers and lose them by the boatload. A lot of the time people don’t know they are being rubbish until someone tells them!

Here’s my top 5 pet hates on Twitter…. please don’t do them and if you see me doing them….. TELL ME! 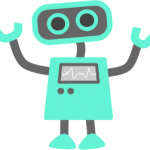 If you can tell when a direct message is automated then everyone else can.

One of the things I do during my social media training is have a hand show of how many people like automated direct messages and it’s usually pretty unanimous, everyone hates them!

So why do we use them!

The main reason is to save time and I understand that but your direct message to a new follower is probably the first time you get to interact with them on a personal basis so don’t automate it.

I keep a list of around 6 copy & paste messages that I can use for new follower DM’s but I always edit them before sending. I sometimes mention my services or podcasts but I always try to mention the person’s name to make it more personal. I sometimes take a quick look at their website and mention something I’ve seen.

Being personal doesn’t take much time, people like it and you’ll build better relationships.

If you want to be really rubbish then leave the auto direct message applications promotional tag in as well!

The alarm goes off at 7am, you have a quick stretch and lean over to pick up your phone. Mooching through Twitter you start retweeting and 5 minutes later you’re still retweeting.

What your follower at the other end sees when their lying in bed, probably retweeting, is a mass of retweets from one person filling up the timeline so they can’t read the latest news or find their daily horoscope.

Make it a rule that you only retweet things that you think your followers are REALLY interested in. Not just some news story that they may have already read, general trivia, a cat picture or some coffee. Make sure you retweet top notch stuff and you’ll reduce the amount of retweets you make.

If you really must retweet a few dozen things then spread them out a bit so you don’t clog up timelines. You’ll be muted and may not be un-muted!

The biggest mistake brands and companies make on social media is selling and not engaging.

BUY MY STUFF! BY IT NOW! TWITTER OFFER! BUY NOW, SAVE POUNDS!!

We’ve all seen bucket loads of promotional, sales blurb being spewed out by brands and unless we’re really big fans of the brand we’re going to ignore it.

I have a ⅘ rule where 4 out of 5 tweets should be an engagement type tweet with the 5th one having an offer. You can base your products or services around the engagement tweets but don’t do the direct sell. It gets tiring after a while and even though the 70’s is coming back into fashion, you don’t want to be seen as a used car salesman.

Social Media managers have been embarrassed and fired over using the wrong hashtags many times.

Just because the tag looks cool doesn’t mean you have to use it, work out what it is before you do.

When #Cairo was trending a few years ago it didn’t mean; Here’s a nice place to go on holiday! It meant there was a riot going on, people were fighting for their freedom and the Arab Spring had started.

Kenneth Cole messed it up!

Unless you started the tag yourself or you really know why it’s trending, do two minutes of research before using a new trending tag.

I’m not a big fan of rants on Twitter and I don’t think I’ve ever had one. I may have grumbled at Virgin Trains over seats a few times but I’ve never gone bonkers.

Going ballistic to customer service because a phone app icon has changed (I watched that live!) doesn’t always help present yourself in the best light and remember that Twitter is public and even though you may want to shame the company in front of your followers, understand they probably don’t care!

I have a rule that I’m only positive on social media….. never moan… Virgin Trains being the exception!

It’s sometimes really easy to forget the social part of social media. As a business you have goals, KPI’s and all other sorts of targets to hit with your social media strategy and this can put you into the mindset of being a little bit not-social (sounds better than anti-social).

The person you are tweeting to is probably just a person and not a target so it’s really important to be social, say hello and engage with others before they engage with you.

If you don’t you can easily look like a robotic automated tweeting machine!

Just because Twitter is an app or computer programme doesn’t mean you have to behave like one!

Use Twitter to create relationships, build trust and the sales will come.

We use cookies on our website to give you the most relevant experience by remembering your preferences and repeat visits. By clicking “Accept All”, you consent to the use of ALL the cookies. However, you may visit "Cookie Settings" to provide a controlled consent.
Cookie SettingsAccept All
Manage consent

This website uses cookies to improve your experience while you navigate through the website. Out of these, the cookies that are categorized as necessary are stored on your browser as they are essential for the working of basic functionalities of the website. We also use third-party cookies that help us analyze and understand how you use this website. These cookies will be stored in your browser only with your consent. You also have the option to opt-out of these cookies. But opting out of some of these cookies may affect your browsing experience.
Necessary Always Enabled
Necessary cookies are absolutely essential for the website to function properly. These cookies ensure basic functionalities and security features of the website, anonymously.
Functional
Functional cookies help to perform certain functionalities like sharing the content of the website on social media platforms, collect feedbacks, and other third-party features.
Performance
Performance cookies are used to understand and analyze the key performance indexes of the website which helps in delivering a better user experience for the visitors.
Analytics
Analytical cookies are used to understand how visitors interact with the website. These cookies help provide information on metrics the number of visitors, bounce rate, traffic source, etc.
Advertisement
Advertisement cookies are used to provide visitors with relevant ads and marketing campaigns. These cookies track visitors across websites and collect information to provide customized ads.
Others
Other uncategorized cookies are those that are being analyzed and have not been classified into a category as yet.
SAVE & ACCEPT